Make sure to book a window seat.

That’s the first thing you should know about visiting Los Cabos. From high above the clouds, the mostly uninhabited Baja California peninsula bestows a visual treasure trove upon visitors, of spectacular tan, beige, brown, and even some green mountain ranges that reach down more than a thousand miles along jagged coastlines, full of coves, undisturbed beaches, and other geological marvels.

Your window seat also reveals that Baja is bracketed by the Pacific Ocean, the largest expanse of water on the planet to the west, and the Sea of Cortez, a narrow body of water that boasts the richest biological ecosystem anywhere to the east.

But flying 30,000 feet over Baja California is only the beginning of what will become sensory overload when visiting Los Cabos. All the beautiful desolation spread across the peninsula is more than countered by the flurry of activity at its southern terminus, Los Cabos.

Even if you just have a long weekend to visit, the getaway will mix visually stunning backdrops with a seemingly endless amount of exhilarating things to do. Or, you can simply take a thousand deep breaths while lying by the pool or beach and let Los Cabos wash over your soul.

As with any trip, especially the abbreviated sort, you should have a plan to get the most out of it. Getting through Customs and to your resort as quickly as possible is paramount. Luckily, as a world-renowned tourist destination, and one known for its high-end, exclusive resorts, getting from the airport to your ultimate destination is a cinch.

In fact, resorts like the brand-new Le Blanc Los Cabos usually run their own shuttle service from the airport where you’ll go from Customs to your beachfront resort in half-an-hour or less.


Los Cabos is dominated by two towns, Cabo San Lucas and San Jose del Cabo, separated by a 20 mile highway that dips and curves along the southernmost tip of peninsula providing a seemingly endless array of unforgettable vistas.

Take in the Beauty

Once you are checked in, take a step back. Though you will find a seemingly endless amount of activities and diversions (we’ll get to that in a bit), any trip to Los Cabos should involve a significant amount of relaxing reflection.

The topography is tailor-made for extended visual contemplation. At Le Blanc Los Cabos, take the opportunity to stroll along the beach. Whether your gaze follows the cliffs and beaches, or stares out at the blue sea (where you may spot leviathans of legend) there is no better way to commence a trip in Los Cabos.

Go ahead and dip your toes in the water, so long as it’s at the resort’s seafront Infinity Pool and not in the sea itself, which has an undertow and currents that are not advisable to challenge.

Though rains, storms, or other inclement weather often dampen visits to world-renowned tropical destinations, the chances of that happening in Los Cabos are close to zero. On average there are only a handful of rainy days a year, with most months averaging none.

The temperature? As close to moderate as you can get for a semi-desert land mass. Average monthly temperatures rarely dip under 60 on the low end and top 90 Fahrenheit just as infrequently. Unlike some tropical paradises, there is very low humidity in the air, so those deep breaths you take enjoying the horizon won’t have that same oxygen-deprived sensation.

That makes poolside or beachside lounging preferable to other more tropic locations if you are looking to avoid too much humidity. The dry heat is easier to breath in as you sit poolside and sip a cocktail.

A Tale of Two Cabos

For all of its natural topographical beauty and enjoyable climate, what truly distinguishes Los Cabos from the rest of the peninsula is civilization. Los Cabos is dominated by two towns, Cabo San Lucas and San Jose del Cabo, separated by a 20 mile highway that dips and curves along the southernmost tip of peninsula providing a seemingly endless array of unforgettable vistas.

Even if all you have is a long weekend to explore, try to make it to both San Jose del Cabo and Cabo San Lucas, as they represent different ends of the Los Cabos spectrum. San Jose holds closer to the sleepy origins of the region with a quaint downtown and authentic Mexican culture on display. If you travel between November and June don’t miss Thursday Art Walk.

This contrasts significantly with the glamour of Cabo San Lucas, which centers around a huge marina featuring as many million dollar yachts as posh boutiques and refined restaurants. At night, Cabo’s ubiquitous nightlife options will hold up against any of the most prolific party spots on the globe. Quick note, avoid this spot during Spring Break unless you are looking to get lost in a sea of younger partygoers.

The Cabo Arch and More

By now you’ve seen the Arch of Cabo San Lucas in a litany of pop culture references or other commercialized platforms. Fortunately, it’s popularity doesn’t diminish its beauty, as you’ll soon learn when you take one of the multitude of tours offered to see the famous rock groupings at the southernmost tip of the Baja Peninsula, at the very point where the Pacific meets the Sea of Cortez.

Before you get to the Arch, you’ll sail by Divorce Beach, which extends through the rock groupings from the south, providing an opportunity to walk between the monoliths.

The Arch itself is one of Mother Nature’s most spectacular natural arches, creating a 30-foot high hole through which the sea washes. Though strong currents and jutting rocks prevent getting too close, the sight is not likely to be forgotten in your lifetime (and just in case, you’ll have plenty of pictures!).

Although the arch is the centerpiece of most tours, they typically include much more than just sightseeing. There are any number of activities where you can get wet (snorkeling, paddle boarding and more), take in other fantastic sites, and become acquainted with the variety of wildlife in the area.

A unique highlight that comes at the end of most tours – especially in the late afternoon when fishing charters are coming back to the Cabo marina – is the spectacle of sea lions jumping on the back of fishing boats looking to get a snack from generous fisherman.

If the sea lions are fun, the whales you’ll get to see are majestic. Whale season runs from December to April and you’ll be hard pressed to find a better place to observe them in all their frolicking glory. Gray whales are the most common, but don’t be surprised to see Orcas, Humpback, Blue, and Sperm whales as well.

While there are all manner of tours that take you to where different pods congregate, sometimes just gazing out at the ocean from your resort in the morning or early evening will net you a glimpse of the sea’s most impressive occupants.

High-end resorts dot the stretch between Cabo and San Jose, with barely a stretch of sand left unperturbed. But as the stature of the Los Cabos increases on the world stage, so too do the quality of resorts, with the aforementioned Le Blanc Los Cabos being a prime example.

The luxury all-inclusive Le Blanc brand resort – whose Cancun property is consistently voted as the top-rated all-inclusive resort in that city by TripAdvisor in multiple categories – boasts 373 ocean-facing suites, with uber-opulent amenities like a personalized butler and 24-hour room service, a 29,000 square foot spa (25 treatment rooms), and 8 restaurants on the resort property. This is the type of resort that not only features top-shelf liquor at all its bars, but includes full bottles of those in every room.

Le Blanc Los Cabos is perfectly situated right on the shoreline almost exactly in the middle of the road from Cabo and San Jose. That makes going out and exploring all of Los Cabos on your weekend getaway easier than ever. But remember, when time is of an essence, quality reigns over quantity.

There’s no doubt a first trip to Los Cabos will lead to a second, third, and so on. If you try to fit everything in on your first go round, you might miss the heart of what Los Cabos is – a world-class destination of unparalleled beauty where the deserts and mountains meet the sea and where luxury resorts come to stake their claim as the best in the world. Take them up on the challenge.

This Article is related to...

A Real Scare During Halloween in Jamaica 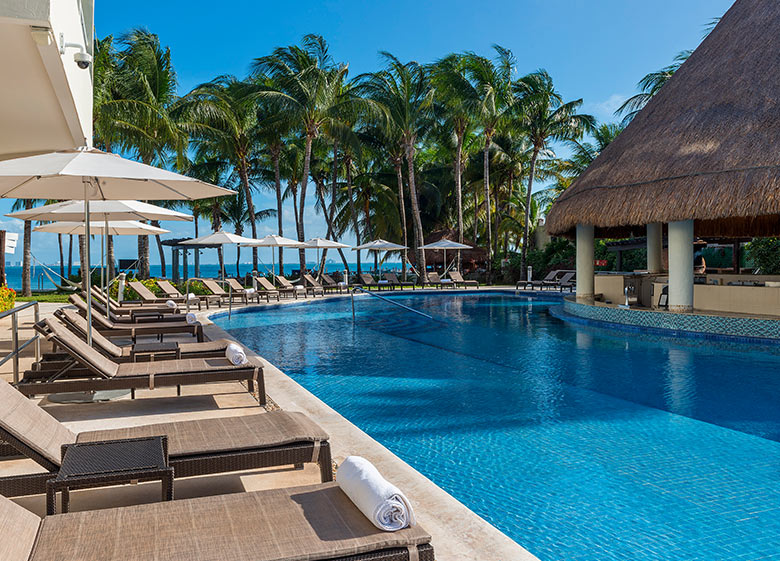